It’s never too late to learn 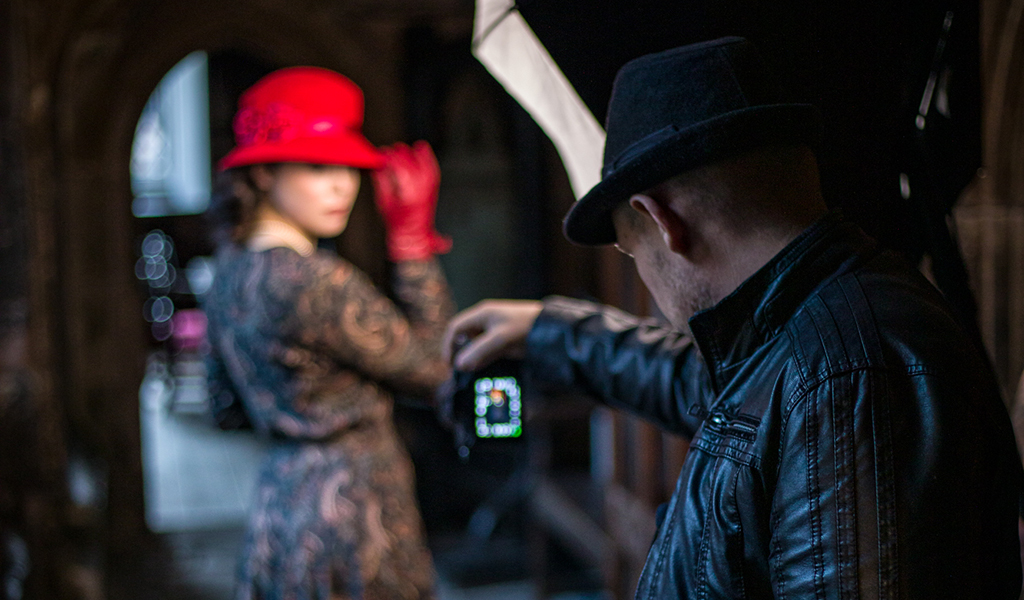 As a photographer in the making, you often find that you reach a point where you wonder, ‘is it all worth it?’. This story has been told many times over by ‘creatives’ from all walks of life and genres , but photography is one that I’ve heard this uttered in so often. You compare yourself to your peers, you compare your creativity and knowledge to hundreds, if not thousands of like-minded individuals on social media, Flickr, Facebook and Instagram to name but a few. You wish you lived in a place that has stunning scenery, beautiful mountain ranges, sweeping coastal views etc …

Don’t get me wrong, I’m not saying that if you did live in one of those idyllic places, that all of a sudden you’d become a great photographer, far from it. Neither am I disrespecting the people who do live in such wonderful places and take great photos. But if you’re not careful you soon start to doubt your abilities, based on often unrealistic goals or criteria. Every now and then it’s good to just accept that what you have is simply ‘different’ to others, not worse, not better, but plain old different. I often see classic shots from the Grand Canyon, they look amazing, until you realise that there are probably hundreds of photos, taken at the same spot, that look the same.

Imagine visiting the Louvre in Paris, walking in to a room and on every wall was a masterpiece, but they were all of the same subject, painted in the same style. Yes you’d get tiny variations in the brush work, colour of paint etc … But you’re now presented with a collection that shows very little individuality, non of them standout from each other and they simply cease to be creatively interesting.

So where am I going with all this? You could say I’ve just become the same thing, repeating similar thoughts on a scenario that’s been discussed many times. But I’ve used it as a lead in to the experience I had in Manchester recently. Read on for the meaning behind all this.

I was lucky to meet up with a photographer that I have admired for a few years now, Jason Lanier. I’d met Jason a couple of years before this at Pinewood studios, where he was doing a promotional talk about Rotolight. I have one photo in the whole of my Instagram account that isn’t mine, it’s one of myself and Jason Lanier. I nearly didn’t get it, as I was far too nervous to even talk to him at first, never mind ask for a photograph. I tend to be a fan from a distance, not the type that will run screaming to the front for an autograph. I was awkward as hell and left feeling like I’d probably embarrassed the poor guy. After leaving the promo talk though I was all fired up to get hold of my camera again and create. Before this experience I was very close to packing it all in. I’d been demoralised by social media and my self-doubt had reached a new high until that point.

Skip forward a couple of years and I found out that Jessops were running a morning session with Jason Lanier, in Manchester, for a very reasonable price. Not only that but I got to see Chetham’s Library, which I’d been told was an amazing place to visit if you can, and it is. The session was a great experience, uplifting, educational and I left like I had done before, with a thirst to create and see what I could really do. 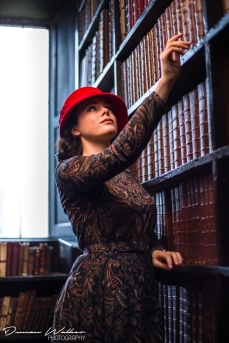 But it didn’t end there, because I’d found out that on that evening Jason was doing a photo walk around Manchester, near the cathedral, which was something I’d always wanted to do, as this was more of a real world hands on moment, even though we’d had similar options to do that in the morning session. However this time there were only four people booked in for it and I was one of them, so it almost became a one to one educational experience. Two of the amazing models from the morning session had come along and one, Victoria, had come along in full vintage attire, even with the winter weather fastly closing in.

It was at this point that I realised now was the real deal, we were thrown in at the deep end, after a brief talk about composition and directing a model for a photo shoot. It was my worst nightmare come true, but also the best experience I could have asked for. You had no choice, you had to step up and do your thing, and it kind of broke the barrier for me; because up until then I’d never had to do that, but actually really wanted to try out portrait photography.

The message is, with a bit of hard work, imagination and support from like-minded people around you, you can create something that’s just as good, if not better, than a well shot mountain range or coastal scene, because it’s different, it’s original, it tells a story and it has ‘you’ in there somewhere, even if you’re not in the shot physically. For me a photo should tell a story, should have some kind of meaning behind it. If you blindly replicate an image that you’ve seen someone else take, no matter how great it is, what does that really say about you as a person, how does that represent you as an artist? Do you want to be known as one of the many who did the same thing, or one of the few who did their own thing?